The first philosopher who consolidated the doctrine of Advaita Vedanta, a sub-school of Vedanta. He believed in the greatness of the holy Vedas and was a major proponent of the same. Not only did he infuse a new life into the Vedas, but also advocated against the Vedic religious practices of ritualistic excesses. He founded four Shankaracharya Peethas in the four corners of India, which continue to promote his philosophy and teachings. These are:

Our College is established by the sacred blessings of Jagatguru Swami Shree Swaroopananda Saraswati ji Maharaj. He is not only the Peethadhishwar of two Peethas but also a truly compassionate and universal personality. We, at SSIPMT, strictly adhere to the path of discipline and culture shown by Maharaj Ji and thus promote education of the highest order.

Maharaj Ji is currently the Peethadhishwar of Dwarka Sharda Peeth and Jyotish Peeth. He was born to Pothiram Upadhyay in 1924, in the village Dighori [Seoni District] of Madhya Pradesh. At the age of nine, he left home to visit the holy places of India, including Varanasi where he eventually studied with Swami Karpatri, a disciple of Guru Dev Swami Brahmananda Saraswati. At the age of 19, Maharajji became a freedom fighter in the Quit India movement’ of 1942 and was known as Revolutionary Sadhu (serving two prison sentences for 9 months and 6 months). In 1950 Guru Dev made him a Dandi Sanyasi.

We, at SSIPMT, have deep faith in Maharajji and as a tradition take His blessings before venturing into any endeavour. 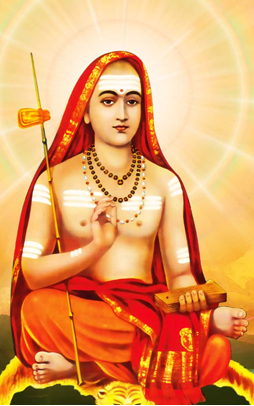